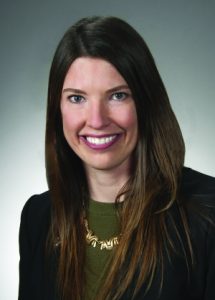 Debate on how the Ohio Farmers Union may react to a federal ‘impaired’ designation for the western basin of Lake Erie and the potential to further limit agricultural nutrients in the Maumee River watershed dominated the family farm organization’s policy deliberations over the weekend in Columbus.

OFU held its eighty-fourth annual meeting through Saturday. Special programming this year focused on young and beginning farmers and State Rep. Kathleen Clyde, (D-Kent), was honored as Legislator of the Year.

“Rep. Clyde’s determination on fair elections and ending gerrymandering in Ohio’s legislative districts has kept our attention since she left the ag committee,” Logan said.

“Representing a district in northeast Ohio, I have come to know many of the challenges facing our Ohio farmers, as well as the critically important role they play in our communities and in our economy,” Clyde said.

“I am truly honored to receive the Legislator of the Year award from the Ohio Farmers Union and look forward to continuing to advocate for the hardworking farming families that keep Ohio moving forward,” Clyde said. 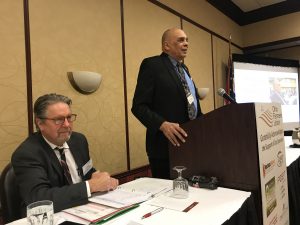 The first, put forth by the Wood County Farmers Union, states that OFU will cooperate with federal and state officials who may declare the open waters of the western basin ‘impaired’ – a federal designation that would lead to the establishment of Total Maximum Daily Loads for nutrients like phosphorous emitted from watersheds draining into Lake Erie.

More specifically on the matter of nutrient management in impaired watersheds, OFU passed another policy proposal calling for “state government action that would prescribe that applications of fertilizer, including manure, in any impaired watershed, would be applied at a rate no higher than the agronomic rate” – or the amount required to grow a crop.

OFU is also continuing its policy requests of Ohio state government and the federal government to rein in the unchecked, opaque commodity checkoff programs. When farmers take livestock, corn, soybeans and many other commodities to market, they pay a government-required fee per head or bushel of the commodity. These dollars were intended when legislation first moved through Congress decades ago to support state and federal marketing and research efforts in those commodities.

“When Farmers Union first supported the establishment of commodity checkoffs in the 1980s, the boards were not dominated by foreign and corporate interests and the original governance of the checkoff funds was more influenced by family farmers,” Logan said.

He said that since the checkoff boards have allowed the participation of importers and processors in their decision-making, they have often worked against independent family farmers in the marketplace.

“Our special order of business this year is about transparency and accountability in the management of these funds at the state and federal levels,” Logan said.

The policy passed at OFU this year states: “… federal and state checkoff funds be paid directly to the appropriate federal or state treasury and then be audited by the corresponding federal or state auditing agency.”

Click here to view the 2018 Special Orders in their entirety.

Annual Policy Priorities For the eighty-eighth year, the Ohio Farmers Union has established the organization's public policy priorities at the … END_OF_DOCUMENT_TOKEN_TO_BE_REPLACED

It's looking great for the first full, uninterrupted Ohio fair season since the beginning of the pandemic. Of special note, the Ohio State Fair will … END_OF_DOCUMENT_TOKEN_TO_BE_REPLACED

In a pleasant surprise for rural Ohio, the biennial budget was agreed to Monday with Gov. Mike DeWine's full $250 million funding request for rural … END_OF_DOCUMENT_TOKEN_TO_BE_REPLACED