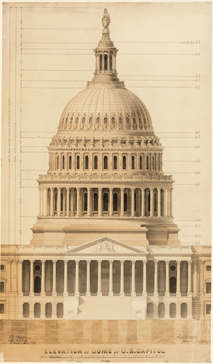 While the Ohio Farmers Union connects members with the Ohio General Assembly, Office of the Governor, Ohio Department of Agriculture and other relevant state agencies, the National Farmers Union provides our representation in Washington, D.C.

NFU’s government relations department serves as our members’ direct link to Congress, the U.S. Department of Agriculture and other key federal agencies. While NFU policy is driven from the grassroots level, the government relations staff takes the organization’s priorities directly to the nation’s key decision-makers. NFU staff advocate policy positions, promote legislation, respond to proposed rules and regulations, and bring matters to the attention of top government officials through regular meetings, letters, issue briefings and other means.

Just as OFU adopts a state policy document each year at a state convention, NFU does the same at the national level each year at the National Farmers Union Convention. Read the entire document.

To learn about the issues and bills and Congress the NFU is currently lobbying on our behalf, check out the links below:

NFU also maintains a page of hot topics of immediate interest. Normally, bills that are under debate or committee deliberation in the U.S. House and Senate are highlighted here with information about how you can make your voice heard. Check out the NFU’s Take Action page.

Annual Policy Priorities For the eighty-eighth year, the Ohio Farmers Union has established the organization's public policy priorities at the … END_OF_DOCUMENT_TOKEN_TO_BE_REPLACED

It's looking great for the first full, uninterrupted Ohio fair season since the beginning of the pandemic. Of special note, the Ohio State Fair will … END_OF_DOCUMENT_TOKEN_TO_BE_REPLACED

In a pleasant surprise for rural Ohio, the biennial budget was agreed to Monday with Gov. Mike DeWine's full $250 million funding request for rural … END_OF_DOCUMENT_TOKEN_TO_BE_REPLACED