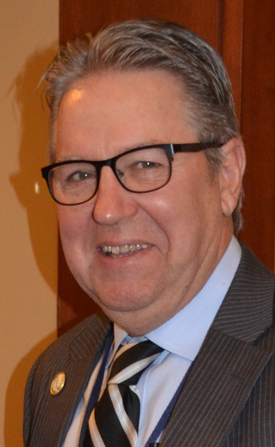 In the wake of a long and contentious presidential campaign and the stunning victory by Donald Trump, the citizens of the country and the world struggle to understand how their lives are about to change. Mr. Trump is the first person to ascend to the presidency without ever having served in the public sector or the military. He defied the odds to defeat more than a dozen opponents in the Republican primary and then a well-known, highly experienced Democratic nominee, Hillary Clinton.

Although the pundits and pollsters were universally shocked by the outcome, anyone who had traveled along the byways of Ohio had seen the ubiquitous Trump yard signs, indicating a strong appetite for dramatic change. Equally telling was the strong performance of a Democratic Socialist, Bernie Sanders in the Democratic primary. Together, the combined successes of Trump and Sanders clearly show the enormous level of discontent that Americans feel with our political and financial institutions.

Donald Trump adeptly rode this wave of discontent and leveraged its impact by highlighting fears and anxieties of working class people – pointing towards Hispanic immigrants and members of certain faiths as the causes. Beyond the blame game, Mr. Trump was very lavish with his promises. He pledged to promptly defeat ISIS, to quickly create well-paying jobs all over the U.S., to raise raise tariffs and cancell trade agreements, to withdraw from the Paris Climate Change agreement, to revive the coal industry –  and most famously – to build a giant wall along the Mexican border and have the Mexicans pay for it. All in all, it proved to be an extremely successful formula.

So, Mr. Trump is now President-elect Trump.  This remarkable event begs the question: May the campaign have been the easy part?

His supporters clearly believe that he will deliver on his promises, but the challenges to the American economy and to global stability are formidable. It is hard to imagine anyone meeting this standard of achievement but it is possible that – in the heat of a Presidential campaign, achievement was a lower priority than making promises to win votes.

Like most Americans, I feel compelled to wish our president-elect well. After all, he will be the leader of the nation. But, I cannot escape the feeling that Mr. Trump may be the latest in a series of political candidates who have told the American people what they wanted to hear in order to win.

Clearly, in recent years, our political and financial institutions have been failing the American people. It is also clear that our modern media has moved from informing to entertaining – and generating profits for their corporate ownership. Change is clearly needed in all of these areas. My first instinct is to be doubtful that a reality show entertainer and member of the upper class elite can succeed in uniting our fractured nation and achieving the needed major structural changes that a functional democracy demands. But, for now, like President Obama and Hillary Clinton, I will grant Mr. Trump the benefit of the doubt. But, we all need to be wary – we’re all in uncharted waters.

Annual Policy Priorities For the eighty-eighth year, the Ohio Farmers Union has established the organization's public policy priorities at the … END_OF_DOCUMENT_TOKEN_TO_BE_REPLACED

It's looking great for the first full, uninterrupted Ohio fair season since the beginning of the pandemic. Of special note, the Ohio State Fair will … END_OF_DOCUMENT_TOKEN_TO_BE_REPLACED

In a pleasant surprise for rural Ohio, the biennial budget was agreed to Monday with Gov. Mike DeWine's full $250 million funding request for rural … END_OF_DOCUMENT_TOKEN_TO_BE_REPLACED