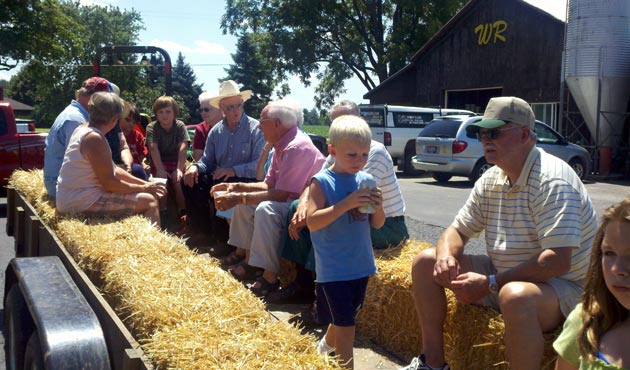 The Ohio Farmers Union held its Annual Summer Picnic this past Saturday at the WR Hunt Club in Clyde, Ohio.

“I want to thank all of the OFU members who made the trip to Clyde and enjoyed a sunny day with Bob and Betty Wright,” said OFU President Roger Wise.

“The Wrights did a nice job of opening up their club and farm to all of us and everyone enjoyed hearing some of Bob’s stories about the history of his farm and the hunt club,” Wise added. 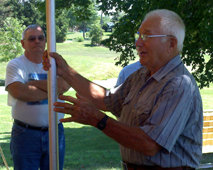 OFU also held a board meeting before the picnic. Wise told OFU members during remarks at the picnic that the organization has seen some tough times over the last couple of years, but that OFU is re-energizing and reorganizing its governance structure. He said the Board is working on several ideas and will have more to share with membership over the course of the next several months. Additionally, Linda Borton, longtime OFU member and interim secretary-treasurer of the Board was named interim executive director.

Members enjoyed a luncheon prepared by WR Hunt Club under a large tent erected in front of the clubhouse. Mr. Wright told stories about the history of WR Hunt Club and his time farming. The club offers pheasant, chucker and quail hunting as well as target and clay shooting. WR also has a pro shop. The Wrights are also OFU members and the hunt club is situated on the family’s working farm. Bob Wright said the most recent crop at the farm was pickling cucumbers.

After lunch members spent time chatting and several went on a hayride tour of the Wright’s farm. Both Wise and Borton sat down for a quick video interview about recent OFU events and the state of the organization which will be posted to the blog later this week. 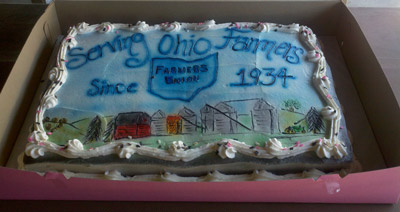 This great looking (and tasting!) cake was provided by Slice of Heaven Bakery, Clyde, Ohio

In a pleasant surprise for rural Ohio, the biennial budget was agreed to Monday with Gov. Mike DeWine's full $250 million funding request for rural … END_OF_DOCUMENT_TOKEN_TO_BE_REPLACED