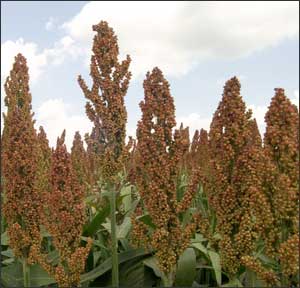 “This announcement by EPA is a step in the right direction,” NFU President Roger Johnson. “U.S. farmers can create an opportunity to make a tremendous positive impact on the environment by producing advanced biofuel from grain sorghum.”

In 2007, Congress passed the Renewable Fuels Standard 2 (RFS2), which requires the production of 36 billion gallons of renewable fuels by 2022 from both conventional and advanced sources of biofuel. NFU policy encourages full implementation of the RFS2 and requires any revisions to be based on the best available science subject to public review.

“NFU policy supports the increased usage of renewable fuels, as it will increase domestic demand for surplus farm commodities, lower federal outlays of federal farm subsidies, and decrease our reliance on foreign oil,” said Johnson. “It will also create vital opportunities in rural communities across the nation, which might otherwise not be realized.”

NFU will submit comments to the EPA supporting the approval of grain sorghum for use as an advanced biofuel.

In a pleasant surprise for rural Ohio, the biennial budget was agreed to Monday with Gov. Mike DeWine's full $250 million funding request for rural … END_OF_DOCUMENT_TOKEN_TO_BE_REPLACED