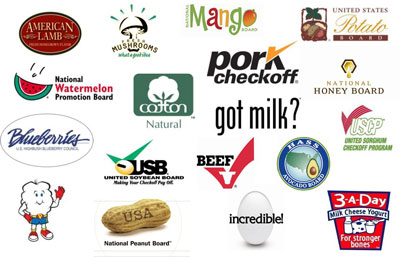 Logan: The commodity checkoffs are off the rails; Reform needed

“The Commodity Checkoff Program Improvement Act of 2016 is a good, common sense bill, made all the better because it comes out of the gate with bipartisan support,” Logan said.

“When checkoff programs engage in anticompetitive activity, it is a threat to a dynamic and informed free marketplace,” Booker said. “This bipartisan legislation will help increase transparency and restore trust in checkoff program practices.”

“Last year a FOIA request uncovered some troubling emails between the American Egg Board and top executives in the egg industry,” Lee said. “This was a classic case of Big Government and Big Business working together to squeeze out smaller rivals and squelch innovation.”

The bill provides a basic set of common sense provisions that all commodity checkoff programs would have to comply with. Those reforms would restrict using mandatory checkoff dollars to lobby Congress, reduce conflict of interest within programs, prevent checkoff money from being used to disparage other commodities or products, increase public transparency, and require full program audits every five years.

OFU joins the Missouri and Nebraska Farmers Unions in throwing its support behind the bill.

Checkoff programs are essentially a food production tax on producers. They require mandatory contributions by producers of most commodities and are overseen by USDA and state ag departments. They are funded through compulsory fees on most all ag commodities, like eggs, beef, pork, milk, grains and a multitude of other agricultural products. Their associated boards have received criticism in the past for a lack of transparency, apparent conflicts of interest, misuse of their funding and anticompetitive behavior.

“Most consumers don’t realize that farmers are “taxed” on every bushel of corn or soybeans sold, every animal sent to market, and every hundred weight of milk produced – to fund so-called marketing programs,” Logan said.

Virtually all farm organizations, including NFU supported checkoffs, when they were established nearly three decades ago.

“Since then, our food system has changed dramatically. Food processors have consolidated into multi-billion dollar, vertically integrated systems, with foreign corporations actually owning our largest suppliers of beef and pork,” Logan said.

“The checkoffs have undergone a similar metamorphosis and now often use the millions of producer dollars to further the interests of the food processing giants who dominate their respective industries.  Sadly, commodity checkoff programs often seem to do more to support huge transnational food corporations, than family farmers,” Logan said.

The Ohio Farmers Union and others have recently asked Ohio State Auditor David Yost to audit the state’s version of the beef checkoff. While he has the statutory authority to do so, he has declined.

“Farmers would always prefer less regulation, fewer legislative remedies. But, in the age of big money and politics, we can’t always rely on our governmental institutions to bring these programs to heel,” Logan said.

“Checkoffs are a form of involuntary excise tax collected at the point of sale by all the mandatory checkoff programs.  That means the checkoffs ought to be as transparent and accountable as any comparable form of representative democratic government,” Logan added.

In a pleasant surprise for rural Ohio, the biennial budget was agreed to Monday with Gov. Mike DeWine's full $250 million funding request for rural … END_OF_DOCUMENT_TOKEN_TO_BE_REPLACED