Proposed bill has no sponsor, may be held in reserve if Lake Erie algae problems worsen 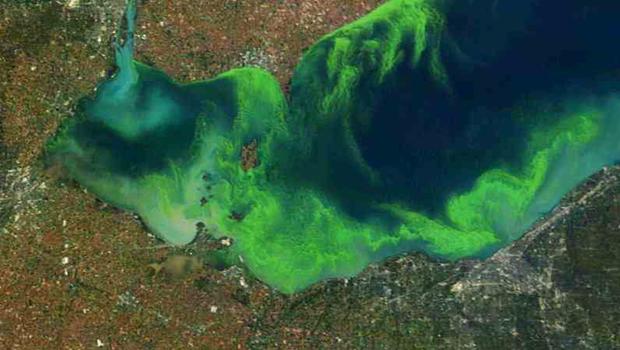 With Grand Lake St. Mary’s essentially dead, increasingly frequent and enlarged algal blooms in the western basin of Lake Erie and problems of varying degrees in other Ohio bodies of water, the Kasich Administration has passed proposed nutrient management legislation around to several environmental and agricultural organizations in the state.

Comments were requested to be submitted to the directors of the Ohio Departments of Agriculture, Natural Resources and the Ohio Environmental Protection Agency. The Ohio Farmers Union submitted comments from President Roger Wise.

“We understand that historically state government has been reluctant to intervene in the business operations of Ohio’s agricultural producers. We are however dealing on another historic level regarding water quality in Ohio when one considers the devastating algal blooms in the western basin of Lake Erie and the de facto death of Grand Lake St. Mary’s,” wrote Wise.

Wise pointed out that OFU has entered into a strategic partnership with the Ohio Environmental Council and is providing high quality farmer education sessions throughout northwest Ohio regarding nutrient management and agriculture’s place in the problems of the Lake Erie Watershed.

“On the other hand, I am compelled to point out that the water quality issues taken up by the proposed legislation are also the responsibility of the several other stakeholders including the City of Detroit, other Lake Erie area municipal water treatment districts, homeowners and lawn treatment professionals,” Wise wrote.

Wise also highlighted the importance of including manure from confined animal feeding operations within the Ohio Revised Code’s definition of fertilizer, stating that all sources of nutrients need to be managed.

Click here for the Legislative Services Commission draft of the proposed bill.

It should be noted that the proposed legislation has no sponsor or bill number. A longtime Statehouse watcher of ag and environmental policy believes the legislation may sit on the shelf unless or until Lake Erie has another large and damaging algal bloom.

OFU will co-sponsor at least another two farmer education sessions over the next few months around the Lake Erie Watershed. The first two sessions in the northwestern corner of the state were well-attended and farmers heard from various ag and environmental experts on best practices like the “4 Rs” and how and why Lake Erie has experienced the problems with algae over the past few years.

In a pleasant surprise for rural Ohio, the biennial budget was agreed to Monday with Gov. Mike DeWine's full $250 million funding request for rural … END_OF_DOCUMENT_TOKEN_TO_BE_REPLACED