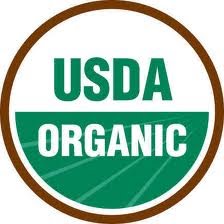 In a little noticed decision one week ago, an Ohio Department of Agriculture dairy labeling rule that was more stringent than federal Food and Drug Administration policy was dropped by the agency to the cheers of family farmers and others involved in the organic dairy industry.

As of 2008, ODA had demanded that dairy producers and marketers attach government-approved qualifying statements to labels when claims such as “Hormone Free” were used on the labels. Organic producers have been especially incensed over the rule because they control their dairy herds’ environment to be free of pesticides and from administering growth and other hormones to dairy cows such as rBST, a synthetic bovine growth hormone routinely given to dairy cattle in factory farming environments.

With the rule, organic dairies had to add statements to their labels that were unfair – and many would say unfounded – qualifiers. Now, USDA Certified Organic producers will be able to tout that fact on their labels as well as letting consumers know, without qualification, that their product is hormone free.

“Ohio’s abandonment of this misguided rule is a victory for consumers, farmers and manufacturers alike,” said Christine Bushway, CEO of the Organic Trade Association. (OTA)

“The organic label is a federally regulated program that provides consumers with the knowledge that their food is produced without the use of antibiotics, pesticides or added growth hormones. Consumers have the right to make informed choices about the foods they eat, and farmers and manufacturers can continue to communicate truthfully with consumers” Bushway added.

Victoria Mitchell Taylor who along with her husband Warren Taylor owns Snowville Creamery in Pomeroy, Ohio said, “The labeling debacle is a result of the same problem that we have in every aspect of our economics and our politics, which is that the giant multinational corporations have bought the government.”

Taylor refers to the large corporations and factory farms currently at the top of agriculture’s economic food chain. Large producers derive their profits from industrial scale techniques in caring for their herds which does not include stringent controls on dairy cow feed and does include giving cows hormone supplements. Organic producers cannot compete with factory farms in terms of scale, but they can compete in terms of offering consumers the choice to buy organically produced products that could be a more healthy choice for consumers. When ‘Big Ag’ supported rules such as the one just rescinded by ODA are in effect, organic producers lose their right to commercial free speech and part of their competitive advantage. 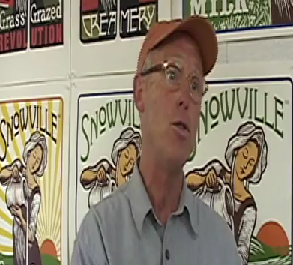 Warren Taylor recently told a student journalist from Ohio University, “The food industry in America is so powerful. They want to give you the choices they want to give you, but they don’t necessarily want you to make your choices,” when discussing ODA’s former labeling rule.

Originally, the ODA rule was taken to court by OTA and the International Dairy Foods Association. The groups won a federal court ruling against the rule. On October 28, ODA announced that to settle the litigation it would withdraw the rule and OTA and IDFA would drop their claims against the agency for $1.3 million in legal fees.

“We’re pleased that the state of Ohio has agreed to withdraw its rule and allow our members to continue to make truthful and not misleading claims on their product labels,” said Clay Hough, IDFA senior group vice president. “The agreement upholds our members’ constitutional rights and eliminates an impediment to the marketing of dairy products across state lines.”

In a press release, IDFA points out that Dairy companies currently use labels that follow FDA guidance to assure consumers that their dairy product claims are truthful and not misleading. Using the federal guidelines, processors understand what can and cannot be placed on a label regarding the use of synthetic hormones. Because these are national guidelines that most states follow, dairy companies can use the same product labels to market products locally, regionally and nationally.

Annual Policy Priorities For the eighty-eighth year, the Ohio Farmers Union has established the organization's public policy priorities at the … END_OF_DOCUMENT_TOKEN_TO_BE_REPLACED

It's looking great for the first full, uninterrupted Ohio fair season since the beginning of the pandemic. Of special note, the Ohio State Fair will … END_OF_DOCUMENT_TOKEN_TO_BE_REPLACED

In a pleasant surprise for rural Ohio, the biennial budget was agreed to Monday with Gov. Mike DeWine's full $250 million funding request for rural … END_OF_DOCUMENT_TOKEN_TO_BE_REPLACED