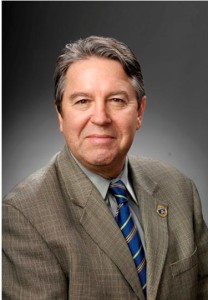 Today’s consumer goods are sourced from around the world and quality can vary greatly, so naturally, folks want to know the origin of their food. This is not only common sense, but is supported by a decade’s worth of polling.

And this isn’t simply an American phenomenon. European consumers demanded food labeling after they found out that the “beef” they were consuming was actually imported, mislabeled horse meat. Congress recognized the consumer demand for food labeling and passed a popular labeling law known as Country-of-Origin Labeling (COOL) in 2008.

COOL simply says that muscle cuts of meat, and some fruits and vegetables, must be labeled with the name of the country where the product was produced and processed. Unfortunately, common sense doesn’t always win the day, so our popular labeling law has been challenged in federal court by the multinational meat packers. Failing there, our chief trade competitors – Canada and Mexico – filed an official dispute, claiming severe economic harm, at the World Trade Organization. In response to fears of economic retaliation being considered by the WTO, the U.S. House of Representatives repealed the law and the fate of COOL is now in the hands of the U.S. Senate.

Your favorite shirt, your winter coat, your kitchen appliances and the replacement parts for your car are all labeled with their country of origin, so why shouldn’t your food be? According to a decade’s worth of polling on this issue, roughly 90 percent of the nation’s consumers support food labeling.

It’s just common sense that parents want to know as much as possible about what they are putting into their mouths, and the mouths of their children. Some consumers want to eat locally, purchasing Ohio sweet corn – the best corn in the world – while others don’t care if their corn comes from Ohio, Ottawa, or Oaxaca. But regardless of what they want, they can’t make that targeted distinction if the food isn’t labeled.

The notion of shopping local or buying American is very popular among many consumers, who see the value of spending their hard-earned incomes close to home, supporting their local farmers and rural economies. But it can only happen if the food is labeled.

U.S. Sen. Sherrod Brown of Ohio has stood strong against the notion of repealing the COOL law and is working on compromise solution in the Senate. His alternative would retain the framework of the COOL law, while bringing it into WTO compliance by making COOL voluntary for beef and pork. This should not only appease the objections of our trading partners, given Canada has a voluntary labeling program on the books, but also give consumers who want to support their local farmers the option to do so.

Additionally, Canada and Mexico both suggested the adoption of a voluntary system in the 2012 WTO Appellate Body Report, and the U.S. trade representative’s office also noted that repealing the mandatory requirement and replacing it with a voluntary system has the “potential to constitute compliance with U.S. WTO obligations.” That gives voluntary COOL the “thumbs up” from every corner.

And while Ohio Farmers Union has fought for mandatory labeling for years, this bill would avoid the current lobbyist-driven call for a complete repeal and ensure that the framework for accurate food labeling remains on the books. It’s a far better option than complete repeal of COOL.

When you throw some meat on the grill this weekend, think about how and where that food was produced and processed. Let Brown know that you support his efforts, and urge Sen. Rob Portman to support food labeling, as well.

In a pleasant surprise for rural Ohio, the biennial budget was agreed to Monday with Gov. Mike DeWine's full $250 million funding request for rural … END_OF_DOCUMENT_TOKEN_TO_BE_REPLACED