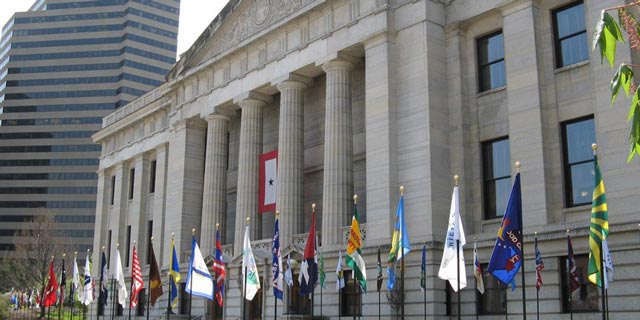 Ohio Farmers Union Executive Director Linda Borton is asking members to mark March 21, 2012 on their calendars as OFU’s Legislative Day at the Ohio Statehouse in Columbus.

“As in the past, we will meet at 9 a.m. and set up teams for visits with representatives and senators,” Borton said.

More information will be available for members at the 2012 OFU Convention in late January and in upcoming editions of the Ohio Country Messenger.

Borton said a reception for OFU members and legislators is planned for the evening of March 21 from 4:30 to 6 p.m. The planned site for the reception will be The Museum Gallery, formerly known as The Crypt, located in the lower level of the Capitol Building.

Annual Policy Priorities For the eighty-eighth year, the Ohio Farmers Union has established the organization's public policy priorities at the … END_OF_DOCUMENT_TOKEN_TO_BE_REPLACED

It's looking great for the first full, uninterrupted Ohio fair season since the beginning of the pandemic. Of special note, the Ohio State Fair will … END_OF_DOCUMENT_TOKEN_TO_BE_REPLACED

In a pleasant surprise for rural Ohio, the biennial budget was agreed to Monday with Gov. Mike DeWine's full $250 million funding request for rural … END_OF_DOCUMENT_TOKEN_TO_BE_REPLACED