There has been a lot of deserved attention to CAUV (Current Agricultural Use Value)  valuations by our membership over the past two to three years. While we have worked especially hard to represent you in Columbus, I think we should also provide the actual documents being distributed by the state of Ohio regarding CAUV.

For those who are not farmers in Ohio, CAUV is a system for taxing farm land in Ohio that grants a property tax break to active farmers. To be eligible for CAUV:

To qualify for the CAUV, land must meet one of the following requirements during the three years preceding an application for the CAUV:

Why CAUV? States grant a special status to farm land to:

Here are the documents recently released by the Ohio Dept. of Taxation regarding CAUV:

From the National Farmers Union 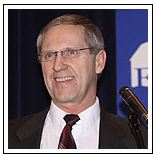 National Farmers Union President Roger Johnson today discussed the role of family farming and cooperatives in food security and food sovereignty as part of a panel discussion at the International Summit of Cooperatives in Quebec City, Canada.

“Family farms and ranches worldwide are the cultural, social, economic, and security cornerstones of every nation,” said Johnson. “Forty percent of the world’s households directly depend on family farming, and every person who eats also depends on family farmers.”

The International Summit of Cooperatives, held annually, brought together nearly 200 leading experts and more than 2500 participants from 42 countries to share their knowledge on innovation in sustainability, development, employment, food security, and the economics of cooperatives.

Johnson noted that despite agricultural production in the United States shifting to large farms, trends also indicate an increase in new, yet smaller, farms.

Johnson also noted that in the United States, farmers and ranchers have been successfully involved in cooperatives for nearly 100 years. Farmers Union’s own history is closely tied with the cooperative movement, having developed and supported thousands of cooperatives over the decades. “Cooperatives and agriculture go hand-in-hand,” said Johnson.

The five panelists also discussed the idea that family agriculture is the basis for sustainable production to move towards food security. Johnson pointed out the many benefits of food security in the United States.

“Food security has allowed the U.S. economy to expand into technology, manufacturing, entertainment and heavy industry,” said Johnson. “Consumers spend less than 10 percent of their income on food and it also allows the U.S. to have programs to help feed the poor.”

Each year in late January, the Ohio Farmers Union holds its annual convention and outlines its main policy priorities for the coming year. These priorities are debated in OFU’s policy committee and by all delegates on the floor of the convention. This past weekend the 80th Annual Ohio Farmers Union Convention was held in Columbus. Here are OFU’s Special Orders of Business for 2014.

As Passed by the 80th Annual Convention, Columbus, Ohio

The extraction of oil and natural gas from shale formations such as the Marcellus and Utica formations presents enormously complex technical challenges, consumes large volumes of fresh water and requires the use of a wide array of hazardous chemicals. Farmers Union urges caution in the development of such fossil fuel resources, as doing so will slow our progress toward renewable fuels and accelerate climate change.

END_OF_DOCUMENT_TOKEN_TO_BE_REPLACED

Annual Policy Priorities For the eighty-eighth year, the Ohio Farmers Union has established the organization's public policy priorities at the … END_OF_DOCUMENT_TOKEN_TO_BE_REPLACED

It's looking great for the first full, uninterrupted Ohio fair season since the beginning of the pandemic. Of special note, the Ohio State Fair will … END_OF_DOCUMENT_TOKEN_TO_BE_REPLACED

In a pleasant surprise for rural Ohio, the biennial budget was agreed to Monday with Gov. Mike DeWine's full $250 million funding request for rural … END_OF_DOCUMENT_TOKEN_TO_BE_REPLACED