“Climate disruption, linked to the emission of greenhouse gases (GHGs), poses severe threats to family farmers, ranchers, and rural communities across the country. These threats include extreme weather events, interference with access to water, heat stress on crops and livestock, and changing pest and disease pressures. These threats undermine the stability of the food supply and must be mitigated. NFU appreciates the administration’s work to address the causes of climate change.

“Unfortunately, the administration is missing an important opportunity to constructively engage family farmers in its efforts to build climate resiliency. Farmers can avoid GHG emissions and sequester carbon in the soil. Given the correct policy and financial incentives, farmers can mitigate climate change less expensively and more quickly than the rural power cooperatives that serve them. Instead, these cooperatives will have to raise rates to comply with today’s rule.

“The final rule does not allow states to comply by working with farmers to secure offsets for their emissions. NFU urges the U.S. Environmental Protection Agency (EPA) to consider such offsets in state compliance plans due next summer. This would allow farmers to help cooperatives manage rates and provide value to farmers subject to rate increases. NFU stands ready to assist the administration in its efforts to mitigate the effects of climate change.”

National Farmers Union, in partnership with a coalition of other groups, has organized a White House call in day. We’d like to flood the White House with as many calls as possible. Please call President Obama at 888-793-4597 tomorrow, Wednesday, May 6. Please send this along to all members/contacts/friends/family.

Hi, my name is _______ and I’m from ______.  I urge President Obama to stand up for my right to know where my food comes from by protecting country of origin labels.

That’s it! The whole process should take no more than 60 seconds. The White House tracks every call they get on an issue, so volume of calls matters.

Thanks for your help and continuing concern for public policies that benefit Ohio’s family farmers and consumers. 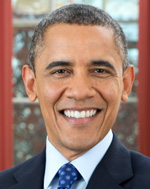 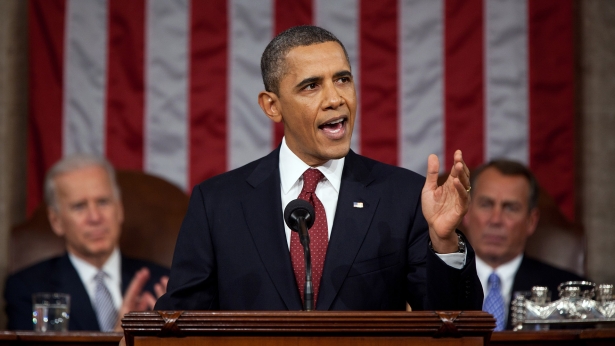 In case you were wondering, here’s what National Farmers Union President Roger Johnson had to say about President Barack Obama’s big speech on Tuesday night:

END_OF_DOCUMENT_TOKEN_TO_BE_REPLACED

“While the Final Rule is a good first step, it is certainly not a last step. We are disappointed that Congress passed a Fiscal Year 2012 appropriations bill that prevents additional portions of the rule from advancing. In particular, it is critical that the competitive injury portion of the rule be implemented. Currently, a producer must prove that a packer’s anti-competitive practices damaged the entire marketplace. Clarification of competitive injury is needed so that the producer would only have to prove that his or her operation was hurt by such actions, a much more reasonable standard. In choosing to prevent the competitive injury portion of the rule from moving forward, Congress has clearly chosen to put the interests of large packers ahead of family farmers and ranchers.

“After more than one year of discussion and more than 60,000 comments received, USDA has issued a Final Rule that provides some protection to family farmers and ranchers across the country. This rule will make the livestock market at least somewhat more transparent and fair. The rule clarifies whether the requirement of additional capital investments for poultry growers and swine producers violates the Packers and Stockyards Act, and ensures poultry dealers have a reasonable period of time to remedy a breach of contract.

“We will continue working with this administration and Congress to ensure that family farmers and ranchers are able to compete in a fair and open marketplace.”

The following op-ed by Roger Johnson, president of the National Farmers Union, made the rounds a few weeks ago. At the time, there was yet another concerted push on to get the Obama Administration to make final approval of the Grain Inspection, Packers and Stockyards Administration rule (GIPSA). Johnson makes the points very clearly below why final approval of GIPSA remains a key policy consideration of both the National and Ohio Farmers Union. It’s rather unbelievable at this point that rule making which actually protects the rights of family farmers, smaller livestock operators and consumers would be held up since 2010. Please consider sending President Barack Obama a letter or email today regarding your support of final implementation of GIPSA. – Ron

In June 2010, the U.S. government provided some simple clarifications to the law that governs the relationship between livestock producers and the meatpackers and processors who buy their animals. This proposed change, known as the Grain Inspection, Packers and Stockyards Administration (or GIPSA) rule, would help to ensure fairness for individual producers and restore competition to agricultural markets. Predictably, it prompted immediate and vigorous backlash from meat processors.

What does the GIPSA rule, so demonized by packers and processors, actually do?

END_OF_DOCUMENT_TOKEN_TO_BE_REPLACED

It’s rather unbelievable that an administration in Washington which talks every day about “fighting for the middle class” has delayed implementing the GIPSA rule. Please find below a clear explanation of the issue from the National Farmers Union. The Ohio Farmers Union is joining NFU in urging our members – and others who support us – to contact their elected representatives in Washington and tell them you want the GIPSA rule implemented now. Follow this link to find your member of Congress and U.S. Senators and use the contact forms on their websites to ask them to tell the Obama Administration that GIPSA should be implemented now.

From the National Farmers Union:

In June 2010, the U.S. government provided some simple clarifications to the law that governs the relationship between livestock producers and the meatpackers and processors who buy their animals. This proposed change, known as the Grain Inspection, Packers and Stockyards Administration (or GIPSA) rule, would help to ensure fairness and bargaining rights for individual producers and restore competition to agricultural markets. Predictably, it prompted immediate and vigorous backlash from meat processors.

What does the GIPSA rule, so demonized by packers and processors, actually do?

It protects the basic rights of family farmers. It ensures farmers are able to have their contracts reviewed by an attorney or financial specialist so they know they’re not being cheated, and it protects farmers who speak out against unfair practices from retaliation from packers and processors. It allows a poultry farmer, previously denied the opportunity to watch his chickens being weighed after purchase, to make sure the weights recorded are accurate. Hog farmers who were kept in the dark about each others’ contracting agreements could compare their contracts and other vital documents to make sure they are being treated fairly.

END_OF_DOCUMENT_TOKEN_TO_BE_REPLACED

Three years after the 2008 Farm Bill passed and one year since the Obama Administration published the proposed Grain Inspection, Packers and Stockyards Administration (GIPSA) rule – also known as the Farmer and Rancher Bill of Rights – the nation’s family farmers are still waiting for Washington to do what it promised.

END_OF_DOCUMENT_TOKEN_TO_BE_REPLACED

“The Obama Administration needs to act now to implement and enforce the GIPSA rule. Farmers and ranchers need a fair marketplace now more than ever. We have waited long enough.

“It has been one year since the GIPSA rule was proposed. Since then, more than 60,000 comments were submitted to the U.S. Department of Agriculture (USDA) regarding the rule. It has been more than three years since the 2008 Farm Bill was passed with a mandate to put forward protections for farmers and ranchers. It is long past time to implement these reforms to protect family farmers and ranchers.

END_OF_DOCUMENT_TOKEN_TO_BE_REPLACED

Annual Policy Priorities For the eighty-eighth year, the Ohio Farmers Union has established the organization's public policy priorities at the … END_OF_DOCUMENT_TOKEN_TO_BE_REPLACED

It's looking great for the first full, uninterrupted Ohio fair season since the beginning of the pandemic. Of special note, the Ohio State Fair will … END_OF_DOCUMENT_TOKEN_TO_BE_REPLACED

In a pleasant surprise for rural Ohio, the biennial budget was agreed to Monday with Gov. Mike DeWine's full $250 million funding request for rural … END_OF_DOCUMENT_TOKEN_TO_BE_REPLACED