The Ohio Farmers Union is sad to report the passing of two former executive committee members of the organization in late October. Orland Edward Miller, 94, of Highland County died Monday, Oct. 29 and Jane Fogle, 79, of Marion County, died Wednesday, Oct. 31. Longtime OFU members remember both as being active leaders in their county chapters. Below we are re-printing their obituaries from their local newspapers, but if you have any memories you would like to share about Orland or Jane, please send them via email to rcs(at)ronsylvester(dot)com. I would be happy to share them through the blog or in the Ohio Country Messenger.

He was retired from Allis-Chalmers in Norwood, was a member of the Pricetown Church of Christ, retired as a Clay Township Trustee and was on the Board of Governors of Highland District Hospital for over 25 years.

Mr. Miller was born June 3, 1918, the son of the late Chris F. Miller and Clara Back. He was also preceded in death by one son, Merrill Miller. 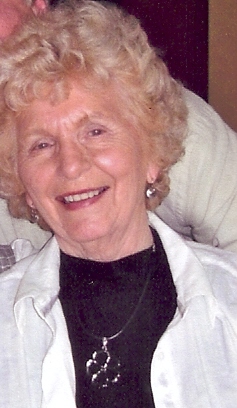 Mrs. Fogle was a former 4-H advisor. She was a member of Tymochtee Grange, Marseilles Mother’s League and past president of Upper Sandusky High School Music Parents. Mrs. Fogle was on the Marion County Election Board and served on Chapel Heights Cemetery Board. She enjoyed reading her bible, traveling to Hawaii, decorating her home, working in her lawn, staying physical fit and fashionable.

Annual Policy Priorities For the eighty-eighth year, the Ohio Farmers Union has established the organization's public policy priorities at the … END_OF_DOCUMENT_TOKEN_TO_BE_REPLACED

It's looking great for the first full, uninterrupted Ohio fair season since the beginning of the pandemic. Of special note, the Ohio State Fair will … END_OF_DOCUMENT_TOKEN_TO_BE_REPLACED

In a pleasant surprise for rural Ohio, the biennial budget was agreed to Monday with Gov. Mike DeWine's full $250 million funding request for rural … END_OF_DOCUMENT_TOKEN_TO_BE_REPLACED