“Producers and rural residents deserve certainty when it comes the tax needs of their individual businesses,” said Johnson in a letter to Senate Finance Committee Chairman Orrin Hatch, R-Utah, and Ranking Member Ron Wyden, D-Oregon. “NFU applauds the Finance Committee in advancing a two year extenders package well ahead of the end of the year.”

Johnson noted that over the last several years, Congress has approached the extension of valuable tax credits in a way that was unpredictable and unfriendly for family farmers and rural residents.

“The last minute extensions, some of which were retrospective in nature, left producers scrambling during the last few weeks of the year to make purchases,” said Johnson. “There was very little confidence that Congress would extend the credits until it actually passed. As a result, long-term planning was impossible.”

Johnson pointed out NFU support for the following tax credits:
·      Charitable contributions of real property for the purpose of conservation.
·      Extension of bonus depreciation.
·      Charitable deduction for contributions of food inventory.
·      Extension of increased expensing limitations and treatment of certain real property as section 179 property.
·      Extension of the Renewable Electricity Production Credit.
·      All extensions that benefit the renewable fuel sector at both the production and consumption levels.
·      Deductions for energy efficiency upgrades made to buildings. 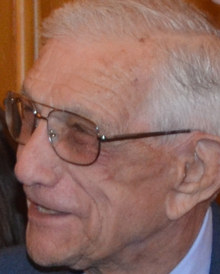 In more than 80 years of life spent on and around Ohio’s farms, Mel Borton has seen cycles of woodlands preservation and cutting the woods on farmland.

“One sure way to remove woodlands across the state is for the real estate tax code to essentially promote chopping down trees,” said Borton.

“In my first 40 years, farmers cleared their woods as fast as they could. In my last 40 years farmers were conserving woodlands. It seems like the pendulum is swinging away from conservation and that’s a shame,” Borton added. 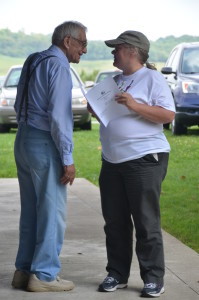 He fears that’s exactly what Ohio’s Current Agricultural Use Valuation system for taxing farmland is doing. He and other members of the Ohio Farmers Union are pleased that the Kasich Administration began fixing CAUV this year, but many, like Borton, worry that woodland valuations are still not functioning in the way that CAUV framers intended.

“I told the committee that I volunteer answering phones at our (OFU’s) state office and farmers are telling me that they are clearing their woods because of CAUV,” Borton said.

“The folks in Columbus have done some good things this year to get the wild swings in CAUV under control, but they haven’t done enough on woodlands,” Borton added.

Ted Finnarn, OFU’s resident CAUV legal expert and a member of the state’s CAUV advisory committee said that woodland values will be lower in the 2015 tax year as compared to 2014, but OFU and other ag groups need to keep the pressure on the tax department to continue reviewing woodland valuations and the capitalization-interest rate.

“I think the Tax Department is moving in the right direction, but much more needs to be done to come up with CAUV values that are more reasonable,” Finnarn said.

Finnarn, a Greenville attorney, has been on the advisory committee since its inception in the 1970s. The committee met last week to hear public comment and to release the 2015 valuations for CAUV.

Ohio Tax Commissioner Joe Testa said his department has heard and responded to concerns about CAUV.

“I am certainly aware that there are some farmers and farm land owners facing tax increases but believe the factors impacting land values are moving in a favorable direction for the agriculture industry in Ohio,” Testa said.

“The CAUV remains a very valuable program for Ohio’s farmers which results in
significant property tax reductions when compared to land not being used in agriculture,” he added.

Testa said the values released last week affect the 24 counties in this year’s triennial CAUV re-valuation rotation.  According to the department, the average CAUV per acre in 2015 in Ohio is $1,388, which is 17 percent less than the 2014 valuation of $1,668.

The department made changes, as suggested by the Ohio Farmers Union and Ohio Farm Bureau earlier this year.

On behalf of OFU, Finnarn worked closely with the Farm Bureau and others across the state for more than two years as CAUV values began to wildly fluctuate.  Among the recent changes, Finnarn points out the following differences between the 2015 tax year and previous years:

Finnarn said some values are still increasing from the 2012 values, but not as much as they would have without the changes. Values will not change for the 41 counties that underwent their reappraisals and reevaluations for tax year 2014 (increased taxes paid in 2015).  However, these counties will benefit from the changes in the future when they recycle for reevaluations in three years in tax year 2017.

Heading into state budget season this year, Ohio Gov. John Kasich put forth a plan that he said would cut income taxes for everyone in the state – including businesses – while raising sales tax revenues and the state’s severance tax on fracked oil and gas. At the end of the process, and after several months of back and forth between Republicans in the House and Senate, Kasich got tax cuts but some observers are questioning GOP claims that everyone is a winner after this process.

An across the board cut of 10 percent will come off of Ohioans’ personal income tax bills and small businesses will receive a new state income tax exemption of 5o percent on the first $250,000 of business income. The personal income tax cut will be phased in over three years. Tax cuts in the Kasich budget total around $2.7 billion. They are being paid for by raising the state sales tax one quarter of a percent to 5.75 percent, new taxes on many online purchases, cutting the 12.5 percent state pickup on the cost of new local property tax levies and means testing the state’s homestead exemption for older Ohioans.

Two agricultural wins are increased funding for the Ohio Agricultural Research and Development Center in Wooster and the Ohio State University Extension program.

END_OF_DOCUMENT_TOKEN_TO_BE_REPLACED 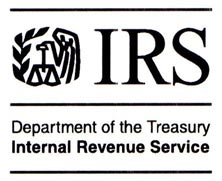 from the Fulton-Lucas FSA County office:

USDA Farm Service Agency (FSA) will be making changes that may affect your 2012 tax filings with the Internal Revenue Service. Farmers and other recipients of farm program payments will need to know about these IRS code changes for reporting and filing income taxes.

END_OF_DOCUMENT_TOKEN_TO_BE_REPLACED

The state of Ohio has distributed the first tax collections from Ohio’s casino industry to local governments.

According to Hannah News Service, taxes are tallied quarterly and divided among Ohio’s 88 counties according to size. Casino host cities get an extra 5% of the gambling haul and counties with cities of 80,000 or more population must split their revenue with those cities.

In a pleasant surprise for rural Ohio, the biennial budget was agreed to Monday with Gov. Mike DeWine's full $250 million funding request for rural … END_OF_DOCUMENT_TOKEN_TO_BE_REPLACED