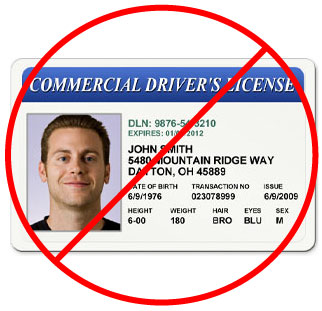 Apparently, the rumors circulating that the U.S. Dept. of Transportation was considering regulations to require commercial drivers licenses for farmers or farm workers was just that – rumor.

Ohio Farmers Union President Roger Wise was in Columbus for a meeting late last week with U.S. Dept. of Agriculture Deputy Secretary John Picaro and Undersecretary for Marketing and Regulatory Programs Edward Avalos. Picaro told the room of rural development and Ohio Dept. of Agriculture officials, including ODA Director James Zehringer, that one of the reason he was in Ohio was to dispel the myth that there were any regulations being considered in Washington which would require farmers to attain CDLs.

Looks like DOT and USDA are now on the same page. Yesterday, the Federal Motor Carrier Safety Administration released a statement which read in part:

The U.S. Department of Transportation’s Federal Motor Carrier Safety Administration (FMCSA) announced today that it has no intention to propose new regulations governing the transport of agricultural products. The agency also released guidance designed to make sure states clearly understand the common sense exemptions that allow farmers, their employees, and their families to accomplish their day-to-day work and transport their products to market.

After hearing from concerned farmers earlier this year, FMCSA initiated this review to make sure states don’t go overboard in enforcing regulations on agricultural operators, and to ensure consistent access to exemptions for farmers. No regulations will be proposed for any new safety requirements or changes to the rules governing the transport of agricultural products, farm machinery, or farm supplies to or from a farm.

“We have no intention of instituting onerous regulations on the hardworking farmers who feed our country and fuel our economy,” said Secretary Ray LaHood. “Farmers deserve to know that reasonable, common sense exemptions will continue to be consistently available to agricultural operations across the country, and that’s why we released this guidance.”

Annual Policy Priorities For the eighty-eighth year, the Ohio Farmers Union has established the organization's public policy priorities at the … END_OF_DOCUMENT_TOKEN_TO_BE_REPLACED

It's looking great for the first full, uninterrupted Ohio fair season since the beginning of the pandemic. Of special note, the Ohio State Fair will … END_OF_DOCUMENT_TOKEN_TO_BE_REPLACED

In a pleasant surprise for rural Ohio, the biennial budget was agreed to Monday with Gov. Mike DeWine's full $250 million funding request for rural … END_OF_DOCUMENT_TOKEN_TO_BE_REPLACED