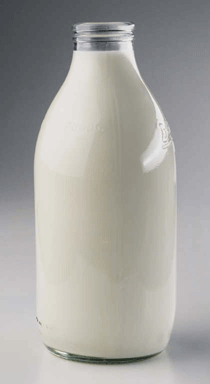 National Farmers Union President Roger Johnson wants Congress to know that serious work on U.S. dairy policy is appreciated but it must protect small producers as well as large.

“While we are very appreciative of Ranking Member Peterson’s proposal to initiate meaningful and necessary dairy reform, our Board of Directors feels that the proposal in its current form is inadequate,” said NFU President Roger Johnson. “The current proposal would not provide a safety net for all dairy farmers, particularly family-sized operators. A fundamental problem with this proposal is that it appears that the largest farmers will reap the greatest benefits at the expense of smaller family farms.”

Johnson is speaking of U.S. Rep. Collin Peterson, D-MN, ranking member on the House Committee on Agriculture, and the effort he is leading to push dairy reform, likely before the 2012 Farm Bill. Peterson’s latest proposal draws heavily from the National Milk Producers Federation “Foundation for the Future” work.

In a recent meeting, the NFU Board of Directors passed a resolution speaking directly to Peterson’s approach on dairy reform. The NFU resolution outlines several reform oriented solutions to the ongoing crisis for dairymen, especially smaller family farmers.

“Supply management has always been, and will continue to be a key component of the NFU dairy policy,” Johnson said before the Board vote. A subcommittee of NFU Board members were appointed to examine the current state of NFU dairy policy through the lens of recent events in Washington. Supply management is at the front of the line in a list of items NFU believes would make the current legislative proposal more fair to small producers. Some of the NFU reform suggestions include:

• An effective supply management program that utilizes a fixed base, which is critical to reforming the current dairy safety net. Combined with the current Milk Income Loss Contract (MILC) program, such a supply management program would provide a fiscally responsible way to manage risk in dairy production at minimal or no cost to the American taxpayer;

• A refundable assessment collected on all milk at all times, not only when margins are low, and adjustment of the current Dairy Product Support Price Program to reflect an adequate safety net level;

• Maintain the existing federal milk marketing order system with the addition of a price discovery mechanism such as a Consumer Price Index (CPI) formula.

The Ohio Farmers Union is asking its members to contact our Ohio representatives on the U.S. House Committee on Agriculture. Ohio has three members of Congress serving on the committee:

Tell the representatives whether or not you reside in their district. If you don’t tell them you are a member of an Ohio farm family concerned about dairy legislation moving through the House Ag Committee. You can simply say that you would like to make them aware of National Farmers Union policy efforts to protect smaller family dairy farmers  Your call – and a recent NFU resolution – is prompted by Ranking Member Peterson’s current dairy proposal before their committee. Let them know that NFU and OFU appreciate efforts at reform but Rep. Peterson’s current proposal does not go far enough to protect family farmers. You could point out some of the bullet items above or ask them to consult the National Farmers Union office in Washington or its website for a copy of the NFU Board resolution on current dairy policy legislation before the committee.

In a pleasant surprise for rural Ohio, the biennial budget was agreed to Monday with Gov. Mike DeWine's full $250 million funding request for rural … END_OF_DOCUMENT_TOKEN_TO_BE_REPLACED