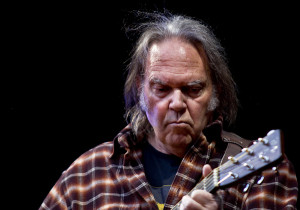 National Farmers Union held a press conference today on Capitol Hill to highlight the importance of passing a five-year, comprehensive farm bill this year; and how the Renewable Fuel Standard (RFS) creates jobs, reduces greenhouse gasses, and reduces our dependence on foreign oil.

“The need for certainty for America’s family farmers and ranchers has never been greater,” said NFU President Roger Johnson. “In order to provide that certainty, Congress needs to finish its work on the 2013 Farm Bill before the current law expires on Sept. 30.”

“In addition to the work that needs to be done on the farm bill, reauthorizing the RFS needs to be made a priority in Congress,” said Johnson. “The RFS is a crucial tool to reducing our reliance on foreign oil, and provides America’s farmers and rural communities with new economic opportunities. Mr. Young’s LincVolt vehicle is a great example of the innovative possibilities for the use of clean energy in our country.”

Sens. Reid and Stabenow were also presented with the NFU Golden Triangle Award at the event. The Golden Triangle is NFU’s highest honor for members of Congress who are champions for family farmers and ranchers, and the policies of National Farmers Union.

“We are thankful to be joined by Sens. Reid and Stabenow today,” said Johnson. “They are champions for family farmers and ranchers, and the future of our industry.”

Annual Policy Priorities For the eighty-eighth year, the Ohio Farmers Union has established the organization's public policy priorities at the … END_OF_DOCUMENT_TOKEN_TO_BE_REPLACED

It's looking great for the first full, uninterrupted Ohio fair season since the beginning of the pandemic. Of special note, the Ohio State Fair will … END_OF_DOCUMENT_TOKEN_TO_BE_REPLACED

In a pleasant surprise for rural Ohio, the biennial budget was agreed to Monday with Gov. Mike DeWine's full $250 million funding request for rural … END_OF_DOCUMENT_TOKEN_TO_BE_REPLACED