In December the fund’s advisory commission met to consider a slate of proposed changes to the fund’s section in the Ohio Revised Code. You can view a version of the law, marked up with proposed deletions and additions by clicking this link.

There are also several changes described as cleanup and clarification by ODA. Simmons said the Indemnity Fund has been a program beneficial to producers and that all changes are being made while “keeping producers’ interests at the forefront.” He said some clarifications should also keep unnecessary litigation from occurring if an elevator goes bust.

The Indemnity Fund account is funded through farmers paying a one-half cent per bushel levy when they deliver grain to an elevator. The levy is collected until the fund’s statutory cap is reached. Currently this cap is $10 million. It’s been years since farmers have had to pay the levy – once the cap is reached, the levy ends until the fund reaches the levy’s trigger. The trigger is currently set at $8 million. 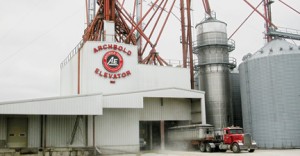 Simmons said at the December meeting that the fund disbursed over $4 million in 2011 after two elevator failures in the state. The largest was the Archbold Elevator where farmers were paid $3.4 million in claims. The Indemnity Fund currently holds $8.3 million – just $300,000 over the trigger.

With the fund so close to the trigger and corn and soybeans selling for double what they were the last time the cap and trigger were changed, ODA would like to see their proposed changes work their way through the Ohio General Assembly as soon as possible. The next time producers are paying the one-half cent per bushel levy, they could be building the fund up to a new cap of $15 million.

“The Ohio Farmers Union is essentially very happy with what we’ve seen from both ODA and the Indemnity Advisory Commission. The proposed changes recognize that prices are higher today than ten years ago – meaning that family farmers have a lot more on the line, should their local elevator fail,” said Wise.

“We believe that increased values for the cap and trigger are prudent given higher commodity prices and are respectful of not tying up more of farmers’ capital than necessary.”

Wise said he does have some concern about removing some commodities such as barley and oats from the protected list of commodities, but understands that the cost to elevators and ODA to administer the program for items with little or no market in Ohio is too much. He said that if market conditions change in Ohio, the law allows the ODA director to add commodities to the protected list without further legislation.

The Indemnity Advisory Commission will meet again on February 8 at 10 a.m. at the Ohio Dept. of Agriculture in Reynoldsburg. It’s expected that more will be known regarding the timeline for legislation at that meeting.

Annual Policy Priorities For the eighty-eighth year, the Ohio Farmers Union has established the organization's public policy priorities at the … END_OF_DOCUMENT_TOKEN_TO_BE_REPLACED

It's looking great for the first full, uninterrupted Ohio fair season since the beginning of the pandemic. Of special note, the Ohio State Fair will … END_OF_DOCUMENT_TOKEN_TO_BE_REPLACED

In a pleasant surprise for rural Ohio, the biennial budget was agreed to Monday with Gov. Mike DeWine's full $250 million funding request for rural … END_OF_DOCUMENT_TOKEN_TO_BE_REPLACED