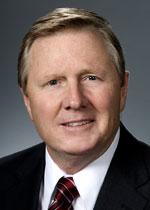 However, the three directors and experts from across the environmental and agricultural fields acknowledge agricultural runoff is one of the sources of Lake Erie’s woes and that in Zerhinger’s words, “It is our duty to balance the health of Lake Erie and the profitability of our state’s agriculture.”

The trio are specifically offering these initial recommendations for improving on the farm practices:

ODA’s Daniels added that his department has been working on language for a bill that would see ODA develop a “fertilizer application certification program” and collect detailed data from fertilizer distributors and retailers.

Since the informal hearing a third version of the draft legislation has been released by Hite’s office reflecting the testimony given by the three directors.

Hite has signaled that what is now draft legislation (or something very similar) will be introduced in the Senate by the fall with himself and Ag Committee member Sen. Bob Peterson (R-Sabina) as co-sponsors. Rep. Jim Buchy, (R-Greenville) is expected to sponsor companion legislation in the House. Conspicuously missing from testimony, draft bills and other comments from state leaders thus far are serious mentions of manure and its role in agricultural runoff. This will surely surface as an issue later this year as the debate goes from draft bill to actual bill and informational hearings to actual committee consideration of proposed legislation.

Stay tuned. Just as we finish our number one legislative priority – upgrading the grain indemnity law – OFU will be asking for member comments, testimony and action as the General Assembly considers nutrient management in the coming months.

Annual Policy Priorities For the eighty-eighth year, the Ohio Farmers Union has established the organization's public policy priorities at the … END_OF_DOCUMENT_TOKEN_TO_BE_REPLACED

It's looking great for the first full, uninterrupted Ohio fair season since the beginning of the pandemic. Of special note, the Ohio State Fair will … END_OF_DOCUMENT_TOKEN_TO_BE_REPLACED

In a pleasant surprise for rural Ohio, the biennial budget was agreed to Monday with Gov. Mike DeWine's full $250 million funding request for rural … END_OF_DOCUMENT_TOKEN_TO_BE_REPLACED