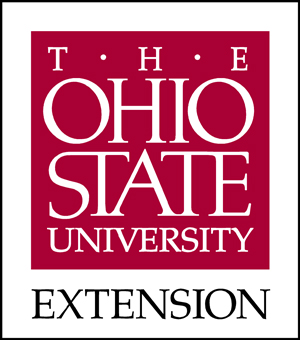 “The way it looks now, according to the outlook from the Energy Information Administration’s October analysis, we’ve leveled off a bit,” he said. “The expectation is that next year we’ll see crude oil, gasoline and diesel flat to lower in terms of prices.”

Other energy products like heating oil, natural gas and electricity should stay flat or see only minor increases, according to Ward’s read of the EIA data. Natural gas is expected to see the largest increase in price at 4.5 percent above last year.

“That’s a little difficult for me to believe with all of the natural gas exploration and development we’re seeing across the country, but those are the government projections,” he said. “Compared to last month, the projections overall are a little more bearish, estimating crude oil at $88 per barrel for 2012, down from $94.50 in the September projections. That’s a fairly significant decrease.”

Ward said while farmers should see lower prices for some energy products, the current uncertainty in the global economy will continue to dictate the terms of trade in these commodities. The potential economic slowdown in countries of the European Union, as well as in the U.S., could have a significant impact on demand for energy.

He encouraged farmers to download the new enterprise budgets and start using them in planning 2012 crop production. Farmers can input their own production and price levels into the budgets’ Microsoft Excel-based spreadsheets to calculate their own numbers.

“The enterprise budgets have a new look this year, with color coded cells that will enable users to plug in numbers to easily calculate bottom lines for different scenarios,” Ward said. “This year we will be updating the enterprise budgets periodically during the year as large changes occur in price or costs.”

Budget spreadsheets are available for corn, soybean and wheat enterprises.

In looking at the 2012 budgets, Ward saw corn input costs up 10-20 percent, with soybean costs up roughly 15 percent. Seed costs are expected to climb 5-10 percent across the board.

Looking at the numbers for fertilizer costs, he said farmers might consider building fertilizer storage to capitalize on pricing opportunities throughout the year.

“I think that could definitely pay off for farmers,” he said. “Whether it’s liquid, anhydrous ammonia, or even dry, I think producers who have the opportunity to work with their lenders or self-finance can really take advantage of buying opportunities in the fertilizer market to lower those average input costs for the year. I think we can certainly see the return on investment, just as much as storage of commodities.”

Annual Policy Priorities For the eighty-eighth year, the Ohio Farmers Union has established the organization's public policy priorities at the … END_OF_DOCUMENT_TOKEN_TO_BE_REPLACED

It's looking great for the first full, uninterrupted Ohio fair season since the beginning of the pandemic. Of special note, the Ohio State Fair will … END_OF_DOCUMENT_TOKEN_TO_BE_REPLACED

In a pleasant surprise for rural Ohio, the biennial budget was agreed to Monday with Gov. Mike DeWine's full $250 million funding request for rural … END_OF_DOCUMENT_TOKEN_TO_BE_REPLACED